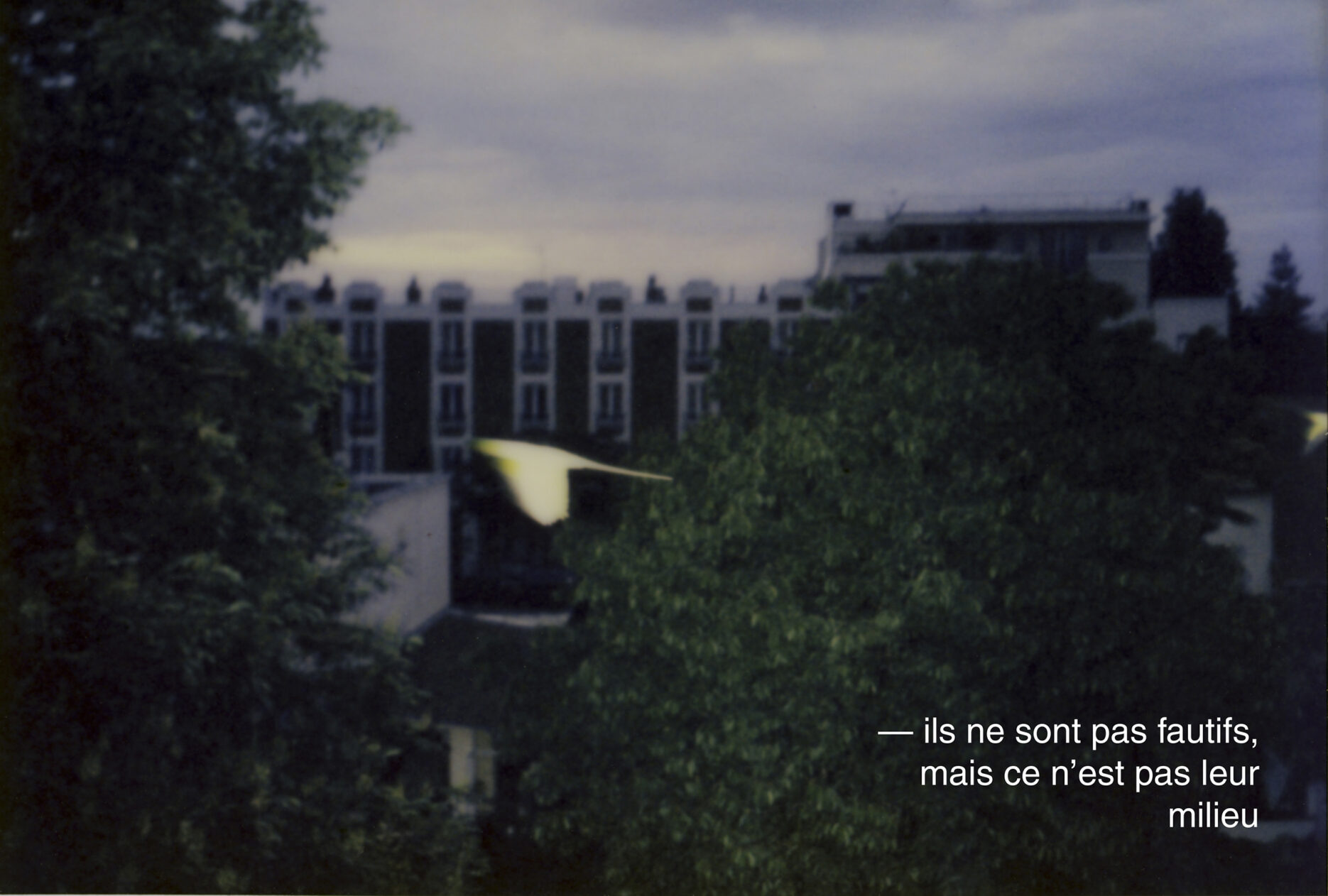 Situated between scientific study and poetic revery, Rebecca Topakian looks at ‘le Grand Paris’ through the prism of ‘exotic’ birds : these rose-ringed parakeets which escaped from Orly airport in 1974; they of course multiplied and now there are more than eight thousand of them in the Paris area. Working with ethologists (who study animals), the artist shot her images via an infrared apparatus, following the birds. The sentences which accompany the images, printed on silk, from different social media, highlight social inequities when looking at differences.