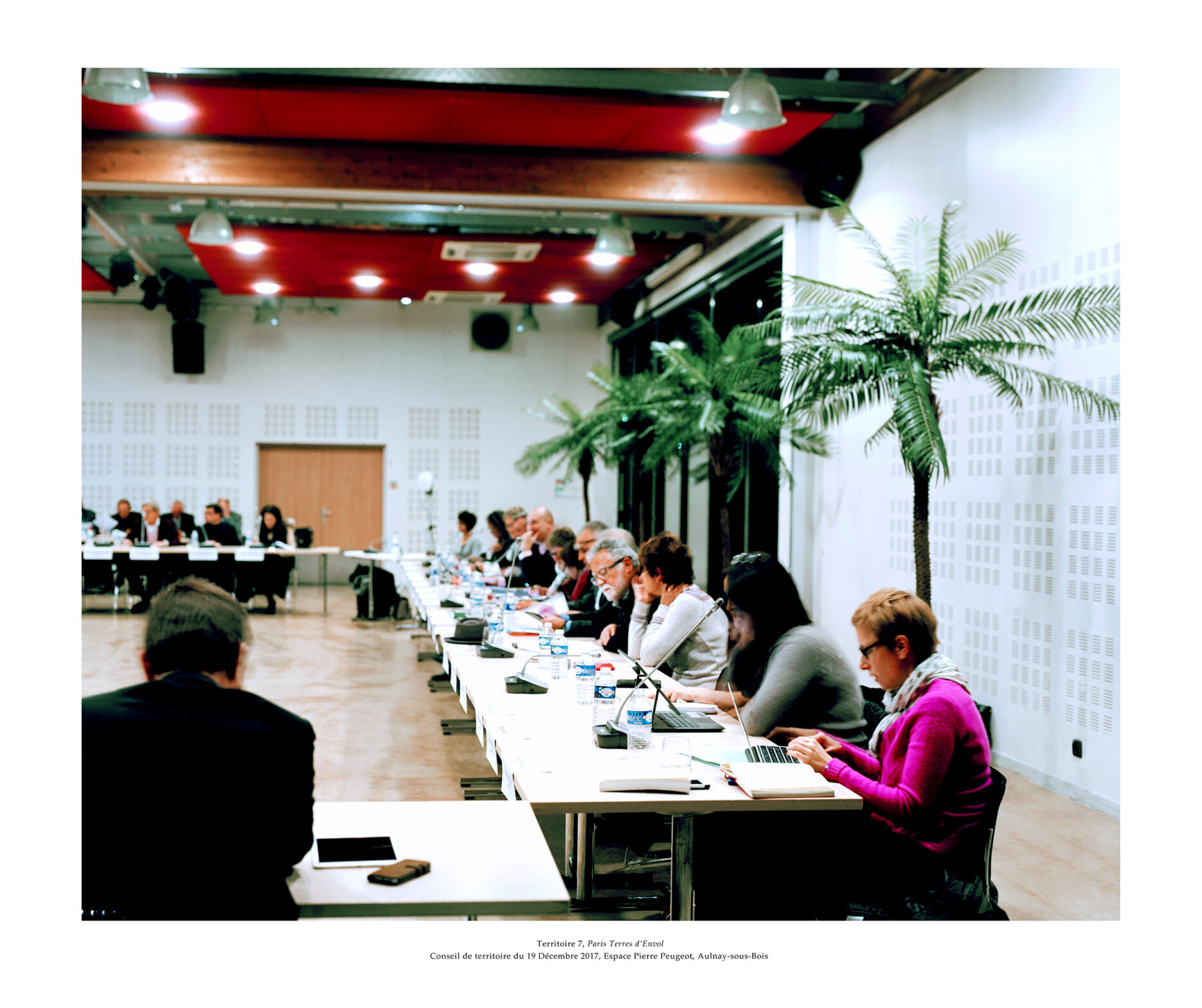 Born in 1956 in Salon-de-Provence, France.
Lives and works in Limoges, France.

Olivier Menanteau explores ‘le Grand Paris,’ treating it like a political entity. From October 2016 to March 2017, he attended discussions, negociations and the votes taken by the representatives of the twelve territories which form ‘a thirteenth one, called ‘le Grand Paris’. This ensemble includes a number of images from the political life of ‘le Grand Paris,’ notably from its first territorial council meetings, going up against photos taken by roving photographers and texts by Nicolas de Condorcet. These texts embody the richness of the political thoughts of the author of the first French constitution.